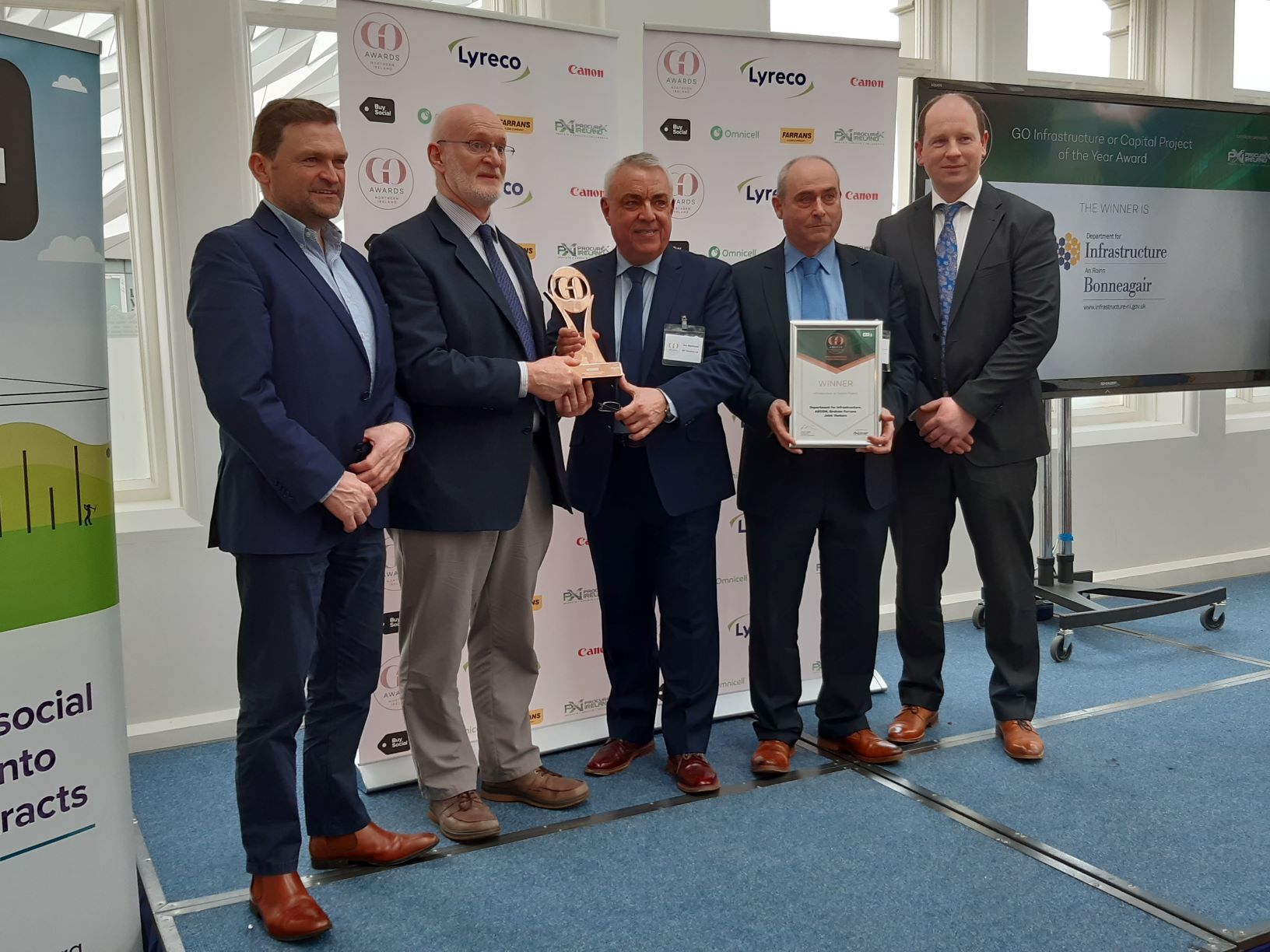 The A6 Randalstown to Castledawson Dualling Scheme has been named Infrastructure/Capital Project of the Year at the Government Opportunities (GO) Excellence in Public Procurement Northern Ireland Awards.

The GO Awards, which were held at the Titanic Hotel in Belfast on 11th March, are Northern Ireland’s leading public procurement awards.

The Infrastructure/Capital Project of the Year category recognises the significant achievements of those within the procurement sector in delivering cutting-edge, highly successful infrastructure and capital projects.

The regional success for the A6 Scheme means that it is now an automatic finalist in the overall UK National GO Awards, which take place on 22nd April 2020 at the Hilton Metropole, Birmingham.

About the A6 Randalstown to Castledawson Dualling Scheme

Currently being delivered by GRAHAM as part of a Joint Venture, the A6 Scheme involves the upgrade of 14.7 kilometres of the A6 North Western Transport Corridor between Randalstown and Castledawson to dual carriageway. Once complete, it will connect Belfast and the North West via Toome, Maghera and Dungiven.

Preliminary works began in October 2016, before the main construction programme commenced in June 2017. The Randalstown to Toome section of the A6 was formally opened in September 2019, with the Toome to Castledawson section expected to start welcoming traffic in 2021.

For more information on the project, please read the GRAHAM Case Study