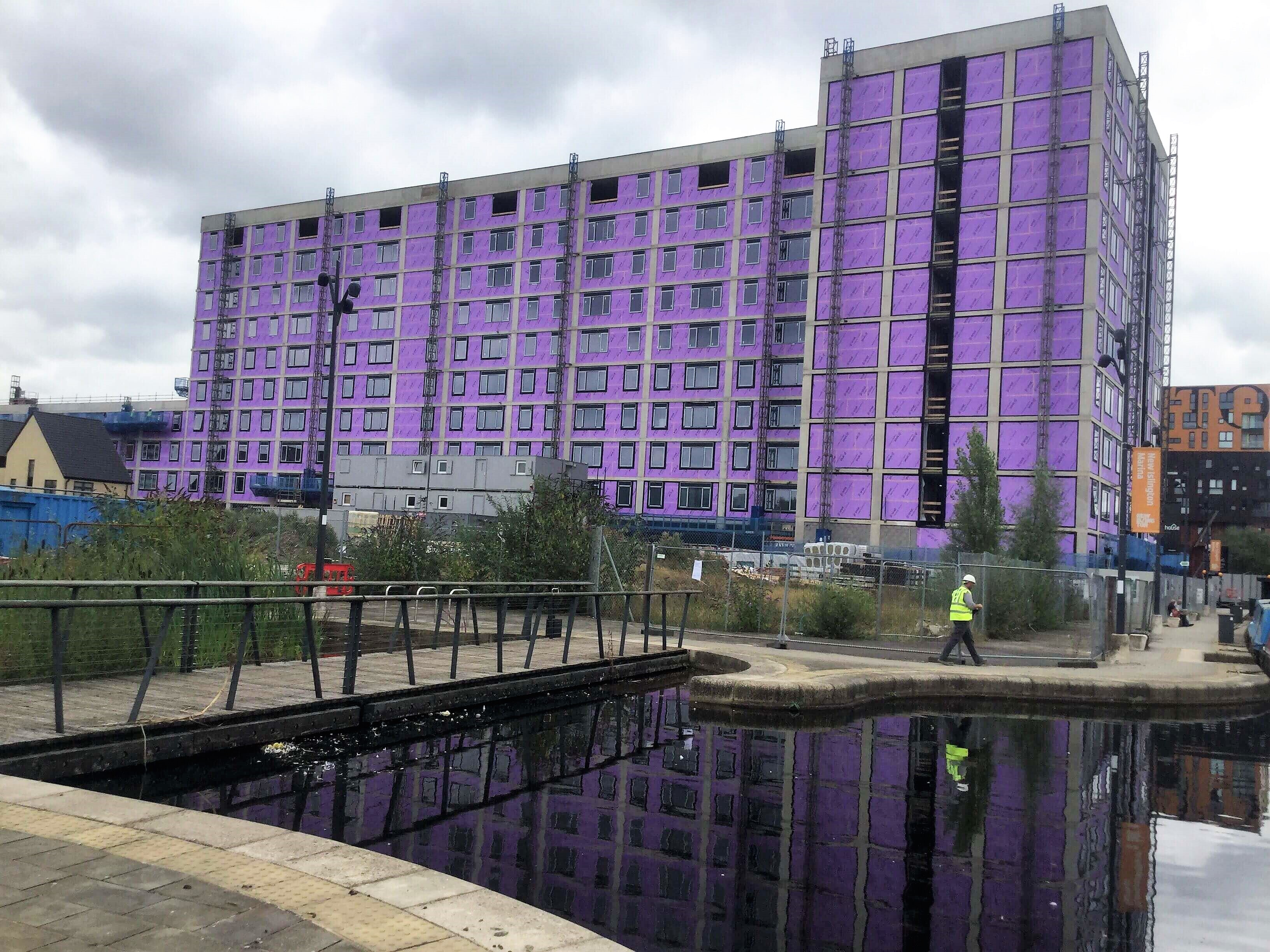 Work in progress at the Weavers Quay site in Manchester

Our Weavers Quay project in New Islington, East Manchester is benefiting from the implementation of digital tools.

The 10-storey private build-to-rent development, featuring 201 apartments nestled in Old Mill Street, is at the heart of a regeneration scheme transforming the area into a chic European style thoroughfare.

The £28m project, which is due for completion in Spring 2019, has reaped the benefits of GRAHAM’s ‘digital by default’ approach, with Autodesk’s BIM 360 Field incorporated into the daily workflows of the construction programme.

“From the outset, the site team at Weavers Quay fully embraced the range of digital tools, which were available to them. Their commitment and enthusiasm towards the system has really helped to improve the subcontractor engagement and quality tracking on site,” said Victoria.

“Weavers Quay is a great example of how we push the boundaries at GRAHAM and apply digital tools to their fullest to achieve impressive results.”

As standard, GRAHAM incorporates BIM 360 Field, an iPad-based data capture system, on all of its new projects.

At present, 84 projects across GRAHAM’s expansive portfolio use the toolkit, a staggering increase of 78 in just 12 months.

The on-site Weavers Quay team has been using the digital tool to manage quality on-site, resulting in a much more efficient handover of apartments thanks to the closing out of snags using QR codes.

When tested, the application of digital tools, including BIM 360 Field, has proved to be up to 10% more efficient, equating to a saving of half a day of time per week compared to traditional ways of working.

What is a QR code?

Weavers Quay is also the first project in the England North region to fully utilise QR codes, but what exactly are they?

QR codes are quick links that have been set up specifically for each exact space – this can be anything from a hallway or an apartment to a storage space or bedroom. Each individual space is attached to a unique QR code.

By holding an iPad directly in front of the QR code, BIM 360 Field shows all activity relating to that space.

Activity can include everything from QA Checklists to snagging and non-conformances (NCRs).

Subsequently, all of the information is then easily captured and collected by GRAHAM’s site teams and subcontractors.

“On the Weavers Quay Project, I was impressed to see how Autodesk BIM 360 Field is being used to record QA checklists and issues raised for the internal work for each apartment. The use of QR Codes is making the inspection process on site much easier to implement and track.”

Who can benefit from using BIM 360 Field?

GRAHAM’s on-site teams and subcontractors have both utilised BIM 360 Field on this project with subcontractor engagement vastly improving throughout the scheme’s duration.

Subcontractors - Subcontractors on-site have completely incorporated BIM 360 Field into their workflows as well, a major factor in the success of the tool on this project.

Clients - BIM 360 Field has strengthened collaboration with the client. Trusting the system, they actively use Field throughout the project, viewing Field as a complete solution.

With all of the relevant stakeholders embracing the toolkit, considerable value has been added to the project as GRAHAM’s Senior Project Manager, Stephen Van den Hoek, explains.

“It is great to see the system come together after the effort from all of the team and the determination to bring the supply chain along with us. It must be said that Victoria (Cheevers) and her (Digital Construction) team have been excellent in their support for the on-site team. They have helped everyone involved in the project understand the real benefits of applying the digital technology, which has generated considerable positive results and benefits. It is a credit to her and the team.”