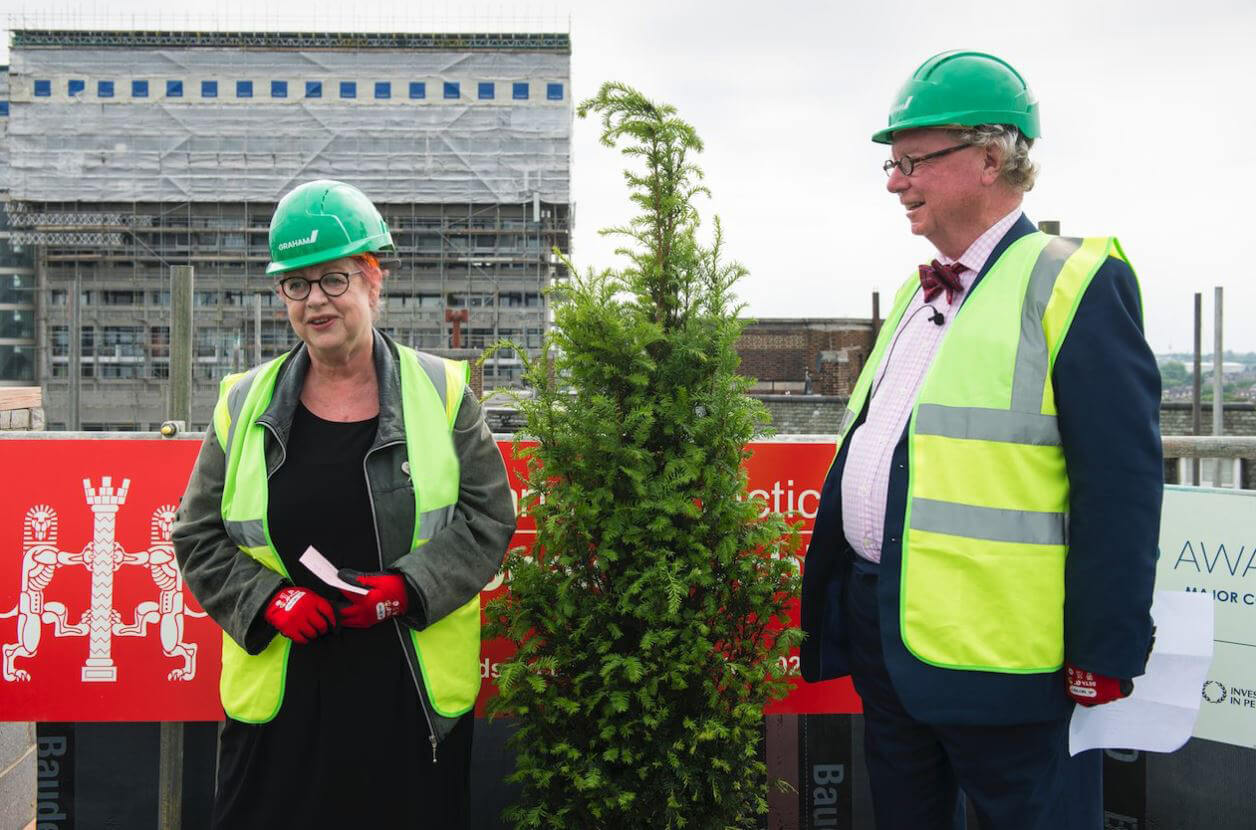 Jo Brand, one of the UK’s best female comics, celebrates the topping out ceremony at The Royal Central School of Speech and Drama. She is pictured with Central's Principal, Professor Gavin Henderson

The North Block building, which received planning permission from Camden Council in March 2015, will extend the School’s teaching, rehearsal and performance spaces, and will include the addition of studios, with a focus on training for film/media, and a new public courtyard theatre.

The development will improve the campus’s provisions, providing access to cutting-edge arts facilities for both students and the local community and further cementing the School’s reputation as a North London cultural hub.

The multi-talented Jo Brand, star and writer of the BBC’s BAFTA award winning series ‘Getting On’, led the festivities celebrating our achievements and congratulating the design team, as the project nears completion.

Jo Brand, who became an Honorary Fellow of The Royal Central School of Speech and Drama in 2008, said:

“I’m very much looking forward to being a part of the topping out ceremony, something I’ve never done before and it’s exciting to be celebrating a new block with so many brilliant facilities…and in keeping with the position of Central, at the top of the League Table for drama schools in the UK.”

“With its state-of-the-art facilities, the North Block Building will reinforce The Royal Central School of Speech and Drama’s reputation as one of the world’s leading drama institutions. We’re proud to be working alongside such a talented project team, and by drawing on our educational experience we will ensure that this significant building is delivered to the highest quality for students, staff and the local community."