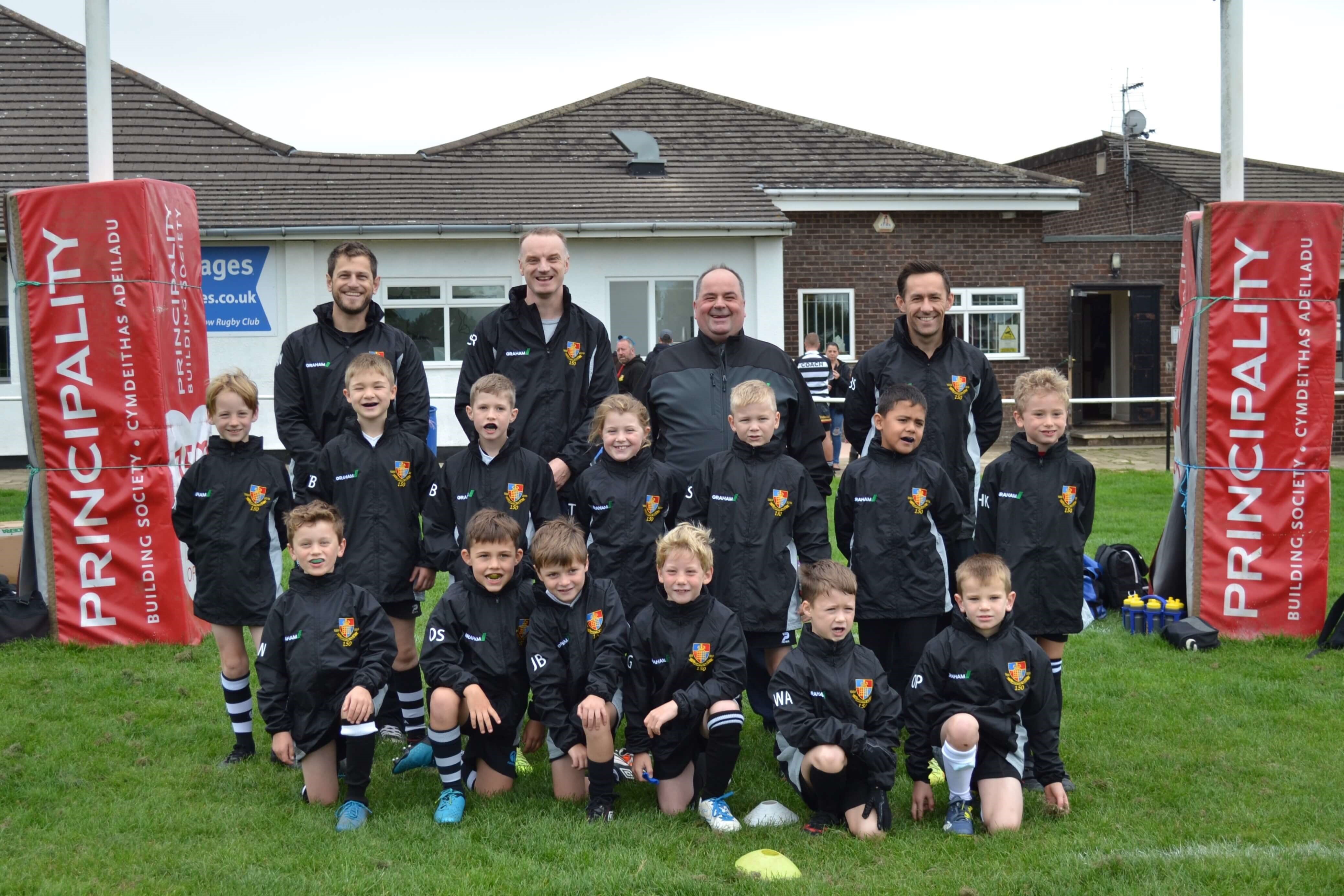 (Pictured): The Chepstow Rugby Football Club’s Under 9 team, and coaches, with their GRAHAM sponsored playing kits and warm up jackets

Chepstow Rugby Football Club’s Under 9 team has been kitted out in style for the new season thanks to sponsorship from GRAHAM.

The club is a member of the Welsh Rugby Union and is a feeder club for Pro 14 League giants Newport Gwent Dragons.

The U9 squad’s new playing strips and training jackets are now adorned with the famous GRAHAM logo.

Chepstow RFC has a rich history following its formation in 1878 with Cliff Ashton, who was capped seven times by Wales in the early 1960s, one of the club’s most famous players.

The club is focussed on developing young talent and recently hosted a ‘taster session’ to provide local children from the Welsh town with the opportunity to get involved in mini-rugby.

We have enjoyed a long association with Chepstow RFC having previously sponsored the playing strips of the U7 and U8 teams.

Phil Briley, GRAHAM’s Compliance and Maintenance Manager, who volunteers at the club and assists with coaching the U9 team, expressed his gratitude for the much-needed support.

“The coaches and the kids really appreciate the sponsorship from GRAHAM – a successful company that has been a firm backer of the club for some time,” said Phil.

“The kits and training jackets are very smart and the new GRAHAM logo is really striking. On behalf of the Chepstow U9 team, I would like to thank everyone at GRAHAM Facilities Management for their continued sponsorship. It really does make a difference and is proof that GRAHAM is committed to supporting local communities.”