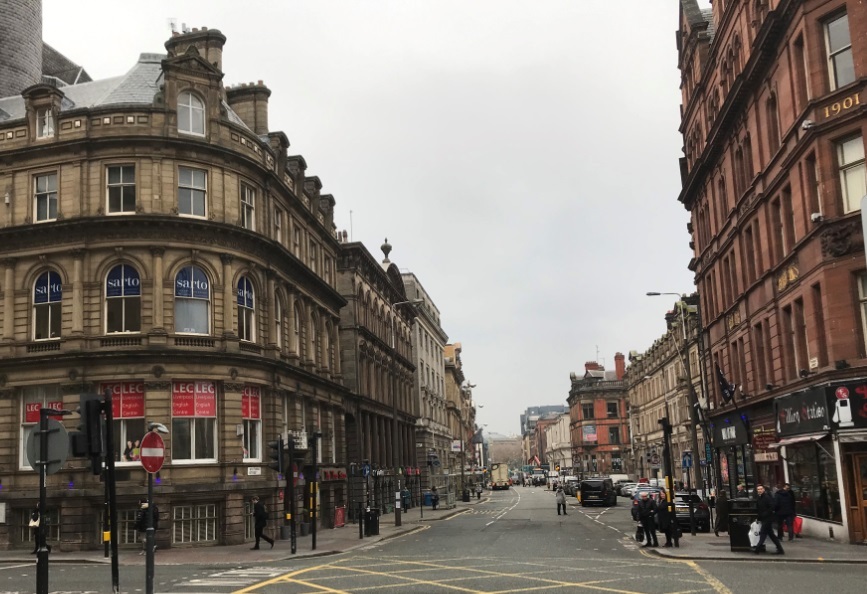 The far-reaching multi-million-pound programme to make Liverpool city centre easier to navigate for pedestrians, cyclists and motorists is scheduled to begin in January 2019.

It will focus on re-engineering major routes from the city’s commercial district through to the city’s retail and knowledge districts.

The works commence with the widening of pavements, removal of bus layovers as well as tree planting and new public realm features in Victoria Street, running from North John Street to the Queensway Tunnel.

Expected to complete at the end of October, these works will complement the new Victoria Street Car Park, which opened last December, and the refurbishment of the Metquarter retail and leisure hub.

“Our work delivers lasting impact and the Liverpool City Centre Connectivity programme is the perfect platform to do just that. This flagship highways project will radically transform Liverpool city centre and significantly enhance the city’s major routes, benefitting motorists, cyclists and pedestrians alike.

“As a city, Liverpool is thriving, and this scheme is recognition of its growth. We have a long association with Liverpool and the wider region, having completed a large volume of complex civil engineering projects, and in partnership with Liverpool City Council we look forward to commencing the important first phase of the LCCC scheme in the New Year.”

The other elements of this first package will see:

The LCCC scheme is one of the flagship highways projects in the City Council’s wider £500m ‘Better Roads programme’, which also includes a £100m programme to upgrade the city’s North Liverpool corridor with the creation of two new waterfront link roads to support the Council’s proposed new Cruise Liner Terminal and a new Isle of Man Ferry Terminal at Peel Land and Property’s £5bn Liverpool Waters scheme.

One of its key aims is to improve the public realm in the city centre and enhance Liverpool’s international appeal to investors, shoppers and tourists with its visitor economy, currently valued at £3.6bn/year, expected to grow by 25% over the next 10 years.

Some of the works will impact how people start or end their journeys within the city centre, but information will be available to help people plan.

“The phenomenal growth of Liverpool city centre over the past two decades has created many new challenges and new opportunities.

‘’With a growing residential population, a huge rise in visitors and major developments now taking shape, how we navigate around the city centre needs a radical rethink in key locations and some major improvements.

‘’This new connectivity scheme addresses many of our current and future needs to improve the city centre welcome and provide an experience befitting a world class city.

“The beginning of phase one at Victoria Street signals a new chapter for how we use our city centre, which when fully completed will open up some exciting opportunities in our public realm and will redefine how everyone from residents, workers, shoppers, students and tourists can enjoy exploring and discovering this amazing city.’’

The remaining packages of the LCCC scheme will see a remodelling of Lime Street, with a new event space, and The Strand as well as the introduction of new bridges from Albert Dock to Canning Dock to enhance the visitor experience to the city’s museums and World Heritage site.

The LCCC scheme will receive £38.4m from the Single Investment Fund (SIF) with Council match funding of £8.7m.