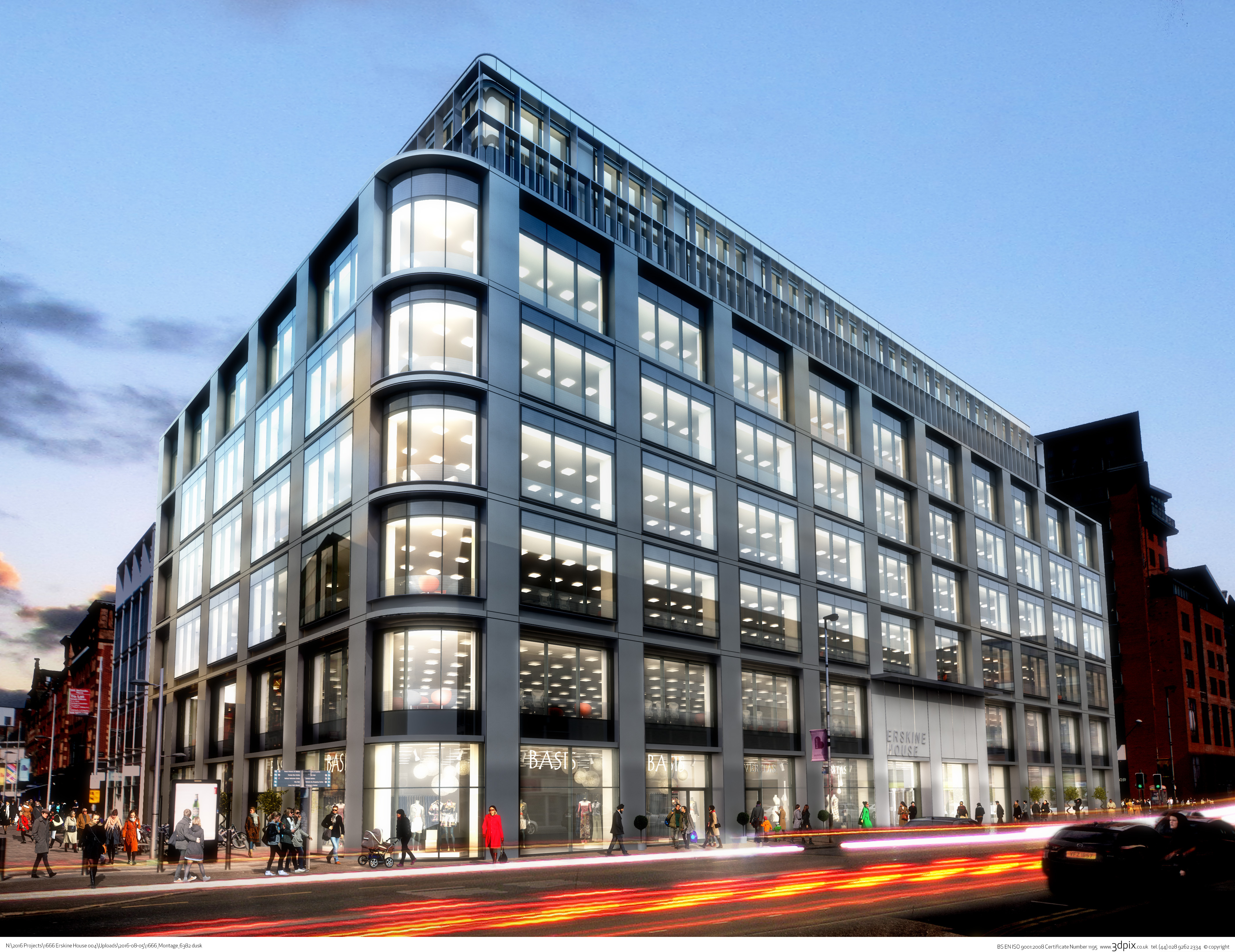 Construction work on the HM Revenue and Customs (HMRC) Belfast Regional Centre, Erskine House, has been completed and is now ready for the interior fit-out.

Our building division has completed the build phase of the new regional centre, which began in September 2017.

The privately-owned contractor presented Regional Implementation Lead, Tina Gallagher, with a ceremonial key at a ‘key-handover ceremony’ on Thursday 20th June to mark the completion of Erskine House’s construction.

Due to open in December 2019, Belfast Regional Centre will be the third regional centre to welcome staff. It will accommodate around 1,800 full-time employees.

“This is a significant milestone for HMRC, which will bring together more than 1,800 colleagues into one central location.

“The department has a large and long established presence in Northern Ireland and the new regional centre in Belfast demonstrates its commitment to the region and its economy.

“I am pleased to accept this ceremonial key on behalf of HMRC and look forward to returning when the building opens later this year.”

The key-handover took place in front of senior representatives from HMRC, GRAHAM, as well as HMRC staff who will be working at Erskine House.

The project has now progressed to the fit-out phase. HMRC has awarded the fit-out contract to our Interior Fit-Out division, who will be responsible for fitting the internal walls, ceilings, reception, lighting and fixings.

“We are delighted to work with HMRC on their ‘Locations Transformation Project’ helping to change the way HMRC works by future proofing their estate. Having picked up the baton from our Building colleagues, the fit-out of Erskine House is a significant contract and securing this has been a major endorsement for our interior fit-out division.

“Our project brief is to create a modern, adaptable workspace that will provide a sustainable and efficient working environment for HMRC staff while delivering an effective service for HMRC customers.

“Our team will help to achieve this by forming new state-of-the-art collaborative working areas, multi-purpose rooms, break out areas, core workspaces, tea points and eateries. Work is scheduled to be completed in Winter 2019."

Located in Belfast city centre and a short distance from Great Victoria Street railway station, HMRC will be the major occupier for the 104,052 sq. ft. building comprising of seven floors. The ground floor will make way for commercial lettings.

HMRC’s Locations Programme has announced the locations of all 13 modern regional centres. Croydon Regional Centre opened in July 2017, Bristol is nearing completion with its handover taking place in February 2019 and it is due to open around the end of summer 2019. The remaining 10 sites have also been secured.