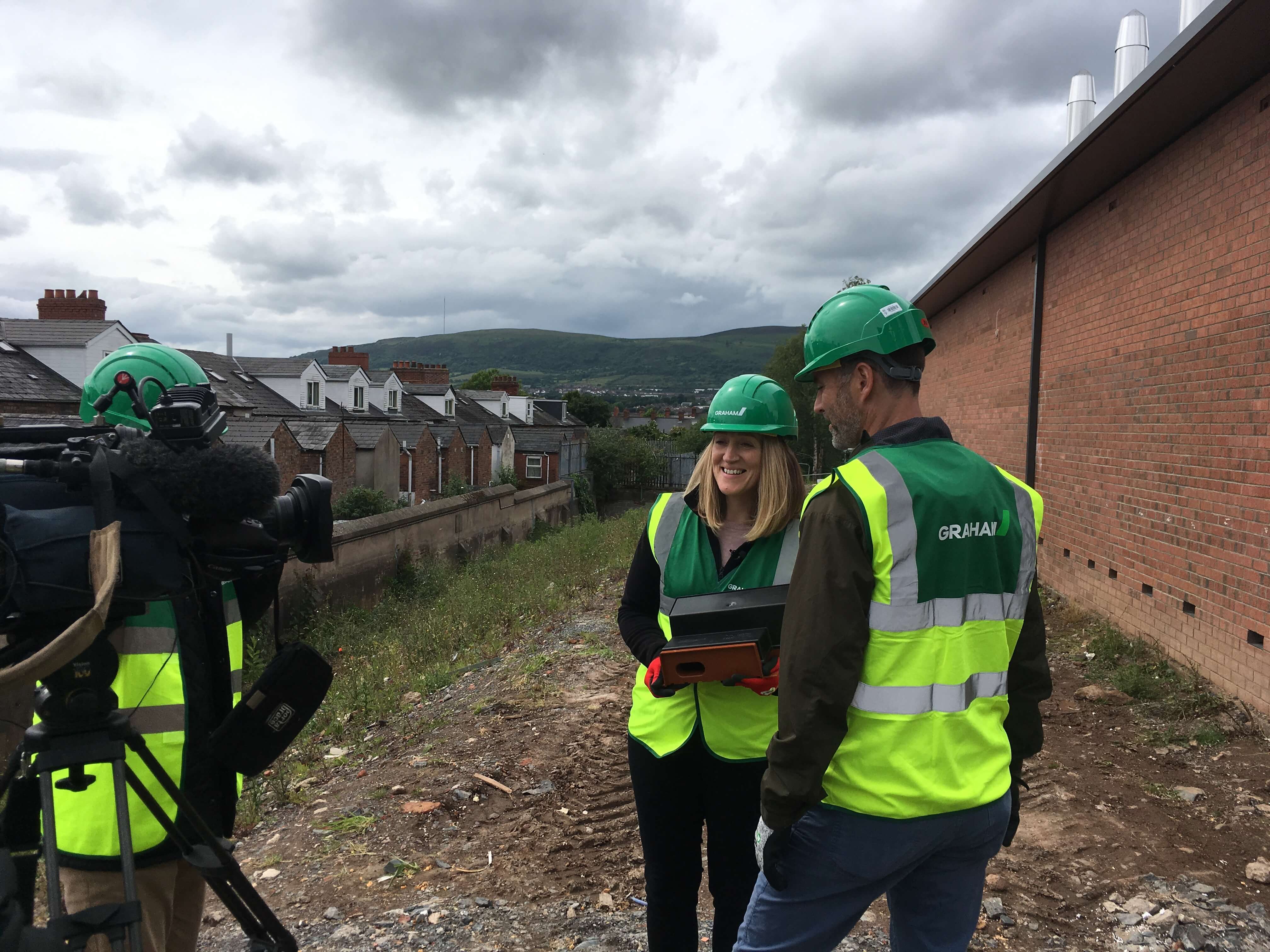 In order to raise awareness for the UK’s first national Swift Awareness Week (16th – 23rd June 2018), our team was filmed for a short national news feature to promote the company’s work in helping to protect the under-threat species.

The swift has been chosen as our priority species as it is one of the few endangered species that all contractors can easily help and try to reverse their dramatic decline of 50% in just 20 years.

As part of the feature, we promoted our work with Belfast Health and Social Care Trust at the Acute Mental Health Inpatient Centre within the grounds of Belfast City Hospital.

Both the Trust and GRAHAM are working together with RSPB NI to give swifts a home, as Pledge for Nature Partners.

Belfast’s Acute Mental Health Inpatient Centre is being built with swifts in mind. The GRAHAM-Bam site is fighting the lack of suitable habitat in modern buildings, through the installation of ‘swift bricks’.

Incorporating swift bricks into the design of a new build represents a simple intervention for nature that is cheap, easy to implement and replicate on other sites. Being able to share this on a national platform such as the ITV News at Ten is a brilliant opportunity to encourage other contractors and clients to follow suit.

Other sites where we have created habitats for swifts in Belfast include the Adelaide Train Facility while they are also incorporated into the design at Erskine House.