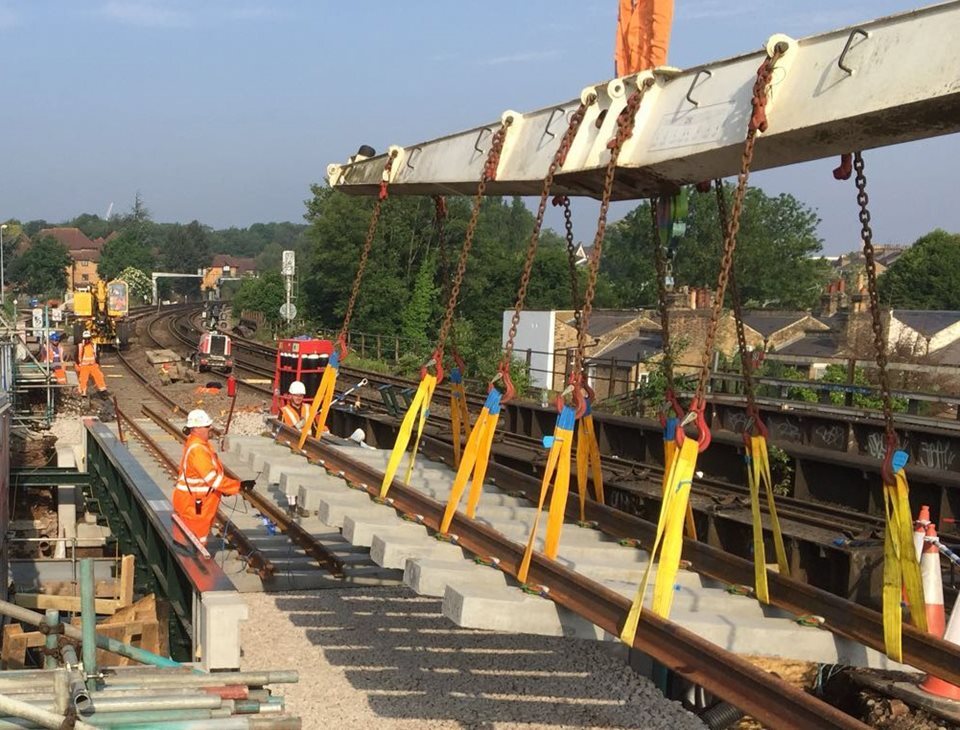 Both projects involved the replacement and reinstatement of two underbridges within a restricted 72-hour rail possession. The railway closures began at 01:20 on Saturday 26th May and finished at 04:00 on Tuesday 29th May.

The works were part of Network Rail’s overall £78m investment in key asset maintenance and upgrades to more than 600 infrastructure schemes throughout the country.

“Both schemes underline the technical expertise of our staff and supply chain, and their ability to deliver complex rail projects safely and to the highest standards within possession constraints.

“When working in these challenging rail conditions, safe and timely project delivery is only possible through close collaboration between ourselves, Network Rail, our supply chain partners and stakeholders. This was a real team effort and everyone pulled together to ensure the successful completion of these projects.”

As part of the Bellenden Road Underbridge upgrade, the GRAHAM team replaced the existing 12m single span deck with two new Network Rail standard U decks, which were 66t each.

Both projects featured propping to restrain the existing abutments from potential overturning, the removal of tracks and ballast, the demolition of the existing bridge and the installation of the new superstructure decks. New pre-cast concrete cill slabs were placed at each location. Additionally, the reinstatement and re-tamping of the tracks were completed before reopening to rail traffic.

The works involved setting up heavy lift cranes, including a 350t crawler crane and a 500t mobile crane, on the roadways below each bridge location in advance of the railway closures.

The complexity of the works was made even more challenging by the severe weather conditions over the bank holiday weekend, with heavy thunder and lightning hampering crane lifts at critical times, and the team having to resolve a number of unforeseen issues as the project progressed.

At its peak, over 100 people were on-site to deliver each respective project.

GRAHAM’s rail experts have been meticulously preparing for the works over recent months in conjunction with a specialist supply chain, stakeholders, TOCs / FOCs and Network Rail.

GRAHAM’s Rail Director, Jonny Kerr, believes this advanced planning and teamwork was the key to the success of both projects.

“These complex bridge replacements were completed by our teams through their meticulous planning and technical expertise. The team worked closely with our various supply chain partners, stakeholders and Network Rail and their partners to ensure that there was minimal disruption to the rail network,” said Jonny.

“There was a tremendous amount of planning done in advance, which allowed us to progress each project smoothly even with the challenges presented. Additional factors, such as operational High Voltage and S&T cable routes, required support and protection during the works.

“It’s a tremendous achievement and I’m very grateful to everyone who rose to the challenge.

“We would like to thank the public for their patience during the closures.”

GRAHAM has completed a broad portfolio of award-winning work within the rail sector.

Examples of GRAHAM’s expertise in delivering complex construction within an operational railway include the “Live Launch” of a 55m span, 515t bridge structure over ten railways lines in South London, slope stabilisation works in South Wales and the construction of a new railway station in the Midlands.