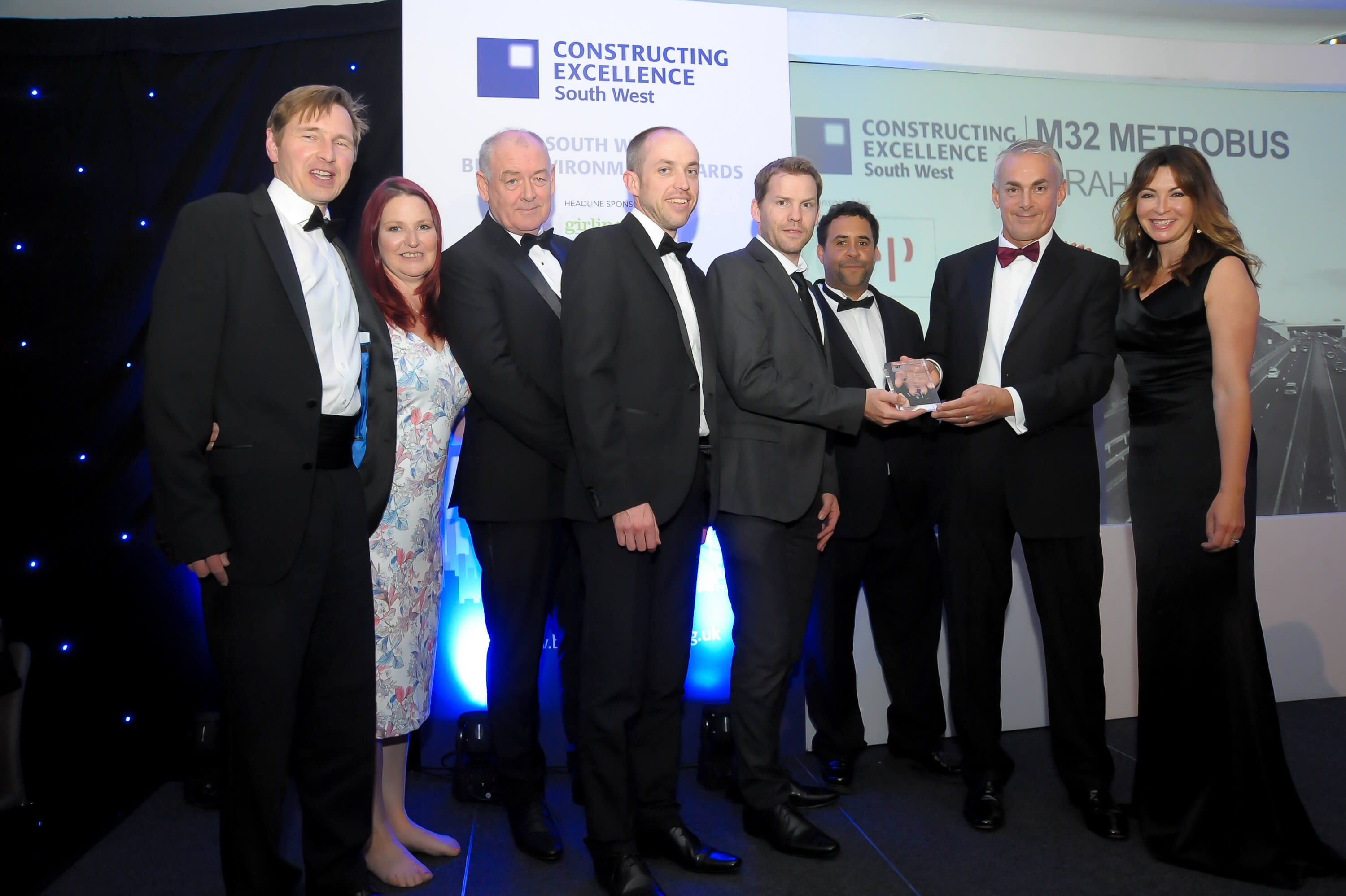 GRAHAM was celebrating yet again as its M32 MetroBus project picked up the Sustainability Award at the South West Built Environment Awards – Constructing Excellence.

The prestigious event, which is now in its 11th year, rewards the “very best” in the South West built environment.

The M32 MetroBus project was also shortlisted for the Integration and Collaborative Working Award.

“The Sustainability Award recognises how the M32 MetroBus project was delivered with a focus on minimising environmental impacts while maximising social value,” said Leo.

“At GRAHAM, the principles of sustainability underpin our business strategy and this is advocated at Board Level and cascaded down throughout the company. Our positive environmental performance is only achieved through the competence of our teams who champion and deliver sustainability on the ground. I would like to thank everyone involved in the M32 MetroBus project for their award-winning contribution.”

In 2015, GRAHAM was successfully awarded two contracts as part of an overall £200m investment by travelwest in the Bristol area.

The assets installed are long lasting, future proofed and easy to maintain, operate and decommission.

As part of the works, a new bridge was constructed, which has allowed commuters to avoid the heavily congested Junction 1 and provides a faster route to the University of the West of England. The extended M32 bus lane has also significantly improved the travel time of all southbound bus services using the motorway.

Some examples of the positive sustainability features and benefits implemented on this project include:

- Partnered with ‘The Haven’, a drug and alcohol project, to secure its boundaries and fencing

- Raised over £7,500, with its supply chain partners, for Macmillan Cancer Support