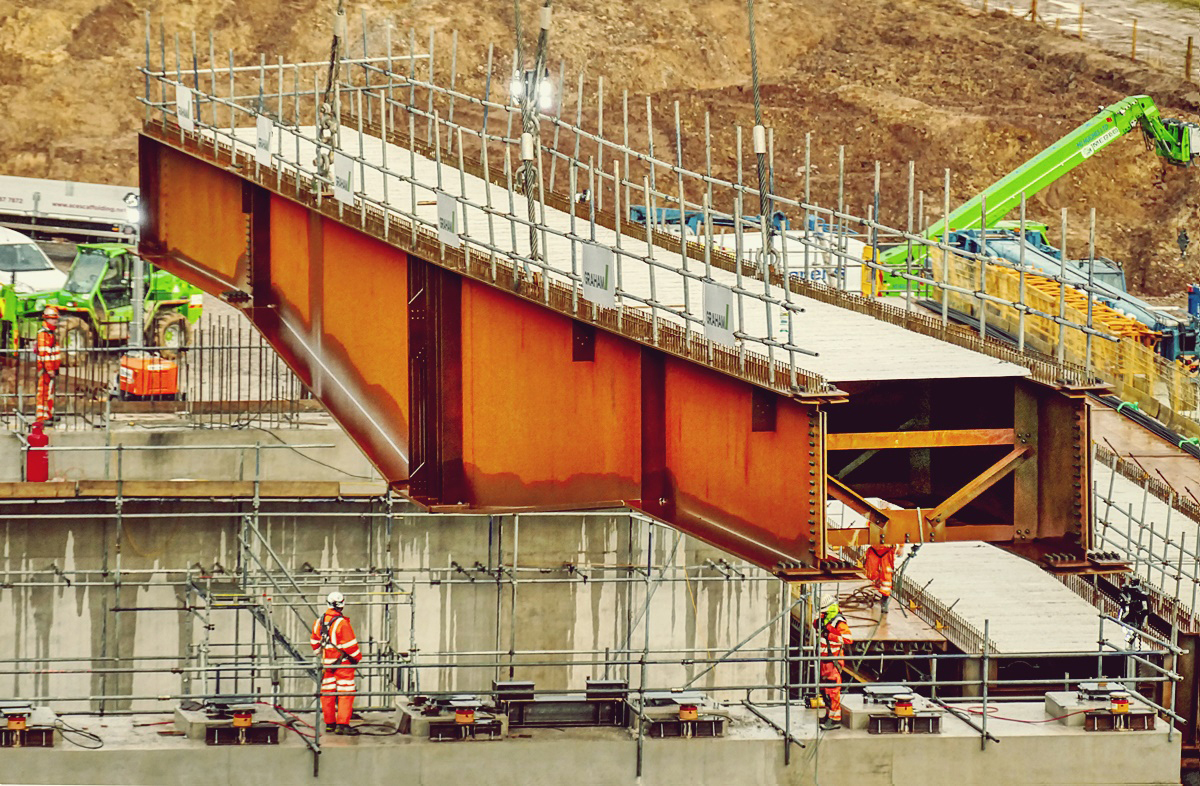 The main steel girders for the largest bridge along the £90m Congleton Link Road have been lifted in place.

It marks the latest milestone in our work on the 5.7km bypass in Cheshire. The single-carriageway road will run to the north of Congleton between the A534 Sandbach Road in the west and the A536 Macclesfield Road in the northeast.

The steel girders span 87m over the River Dane – the largest of four road bridge crossings as part of the route which will deliver economic and social regeneration.

An 850-tonne crane was used to lift the girders into place, the heaviest load of which weighed 135-tonnes.

The bridge beams were fabricated using weathering steel to reduce maintenance requirements and were bolted in pairs and lifted onto the concrete foundations.

The heaviest load of 135 tonnes was lifted once the beams had been fitted out with formwork to reduce working from height issues.

When the project is completed towards the end of next year, it will significantly reduce town centre traffic congestion, particularly at peak times.

Core elements of the project involve cutting the road 8m deep into mudstone in a 25m high escarpment before traversing the River Dane with an 87m long bridge and landing on a 12m high embankment founded on piled alluvium.

As well as the four bridges, there will be two underpasses, while 3.5km of realigned and new local roads represent an additional portion of the works programme.

Landscaping and environmental mitigation are already underway and having a positive impact, including the accommodation of great crested newts, bats, and ancient woodland.