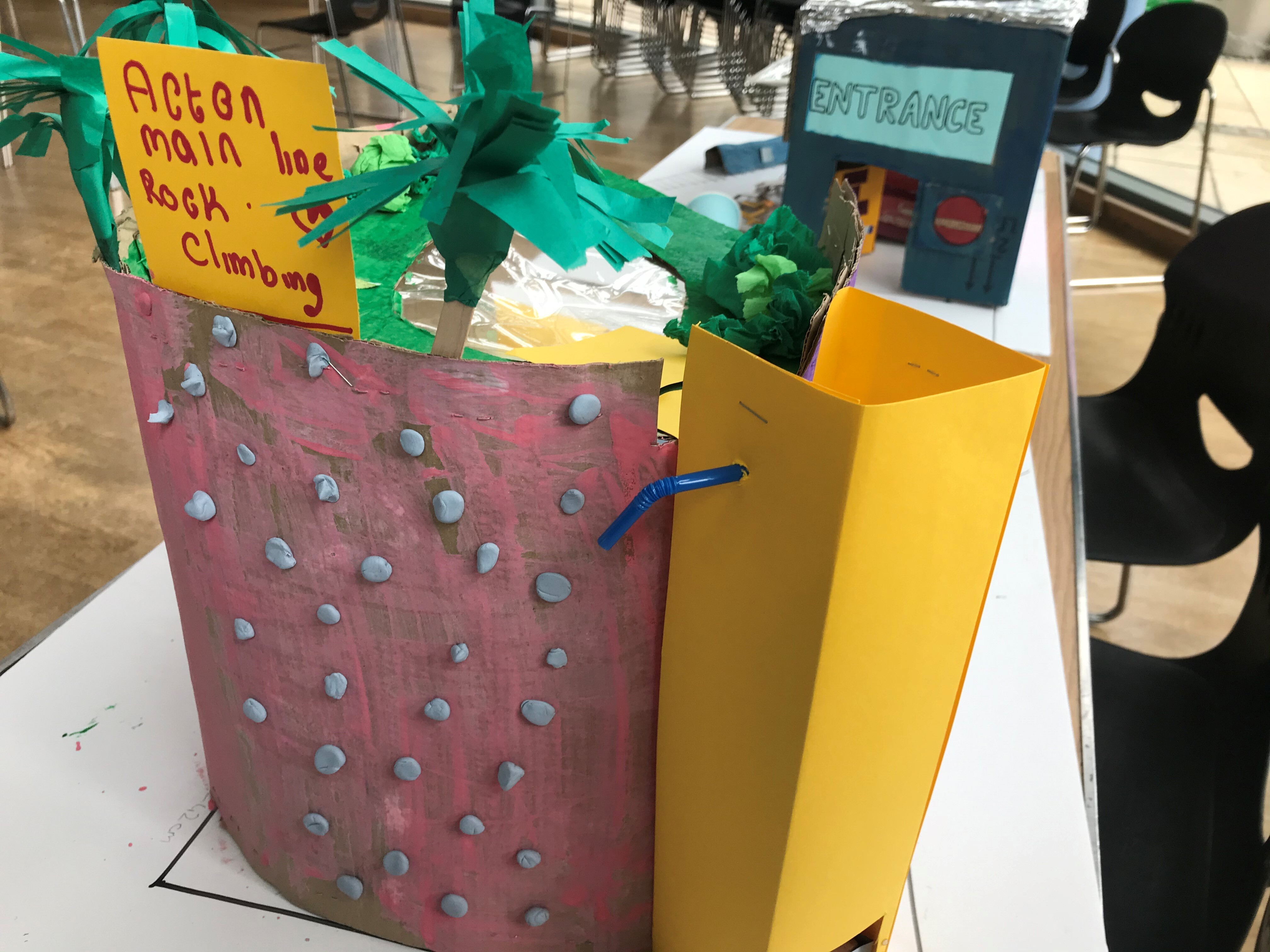 Our Social Impact team recently held several workshops at a summer camp for a school in London, where students were asked to design and create new stations as part of our work on the Crossrail project.

In collaboration with Let Me Play, a social enterprise group with a collective mission to inspire ambition, provide opportunities and support social change across the UK and led by Sandra Saxton, GRAHAM’s Social Impact Business Partner (Civils), we delivered four workshops to year 8 students at Burlington Danes School in West London in August.

They were split into groups of four and five and assigned job roles that would traditionally work on construction projects, including: Project Manager, Architect, Contractor and Marketing & Communications Manager.

Over a three-day period, each group created sketches and drawings before building a model version of the new station. On the final day, each group showcased their designs with a presentation to the rest of the class.

Bill Thicknes, Contracts Director from GRAHAM, said: “These workshops were STEM-based and designed to provide an insight into careers in construction and spark pupil’s creativity. They were a great opportunity to help the children to adjust to returning to school in September and help build their confidence and self-esteem in anticipation of the new school term.

“They also helped introduce the students to GRAHAM and the work we will be delivering on the Crossrail project. Across the three days the teams developed some exciting designs and ideas. In particular, we saw use of solar energy, wind turbines, a climbing wall, spaces for nature and vibrant buildings.

Bill, added: “It was a great insight into the industry for the pupils and collectively they said they found the workshops extremely positive, giving them new skills and confidence to face different situations. It was also a valuable experience for GRAHAM as we were able to engage and connect with a community that is central to our work on the Crossrail project.”

Amy Lalla, Co-Founder & Director, Let Me Play, said: “It has been a real pleasure to work with the team at GRAHAM to come up with an intervention for young people during this difficult period. We found that young people needed activities now more than ever! The STEM activities we delivered were well received. Young people were thoroughly engaged with many now citing that they would consider a career in construction in the future. I look forward to future work with the team!”

We have been appointed to construct and upgrade three railway stations as part of Europe’s largest infrastructure project – Crossrail. To be known as the Elizabeth Line when services begin through central London in 2020, the new railway system will be fully integrated with the existing transport network.