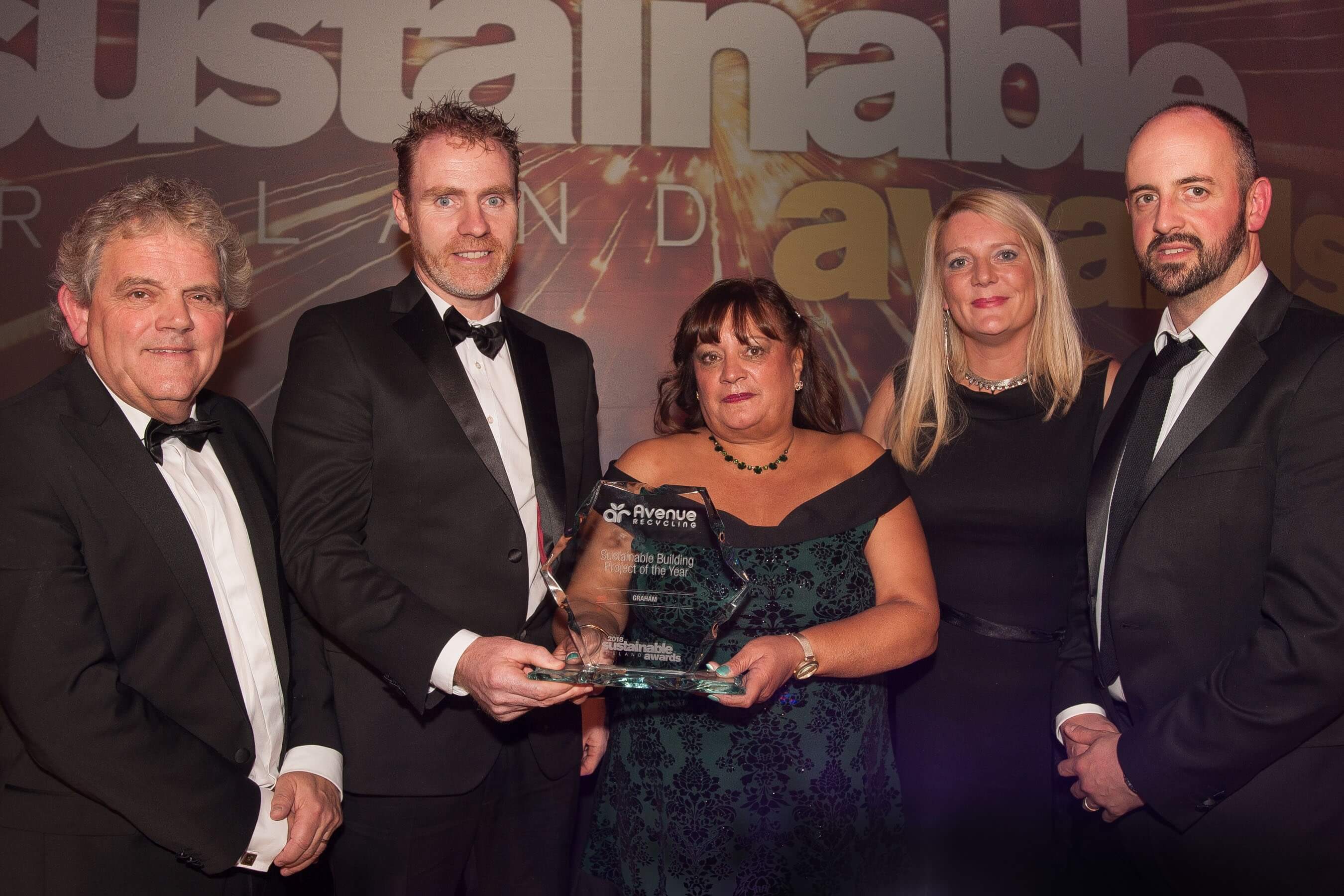 GRAHAM has won the 'Sustainable Building Project of the Year' award at the Sustainable Ireland Awards (2018) for its construction of Dunore Point Water Treatment Works (WTW) Solar Farm in County Antrim.

The Sustainable Ireland Awards celebrate the achievements of individuals and organisations within the energy, environmental and waste management sectors across the island of Ireland.

The major renewable energy project, which involved a complex programme of civil engineering work on a 33-acre site on the eastern shore of Lough Neagh, is capable of producing a peak output of 4.99 megawatts and is expected to save over £0.5m annually in energy costs.

Our successful connection of the solar farm was delivered ten days ahead of programme.

Whilst the nature of the scheme was fundamentally ‘green’, the judges recognised our site team and the build process as ‘green’ for the commitment to environmental protection during construction in a sensitive location and under a tight programme.

The project's environmental achievements include:

* Located adjacent to Lough Neagh, a designated ASSI, Ramsar Site and Special Protection Area, numerous ecological measures were introduced to protect the habitats and species unique to this area – including directional drilling and extensive silt fencing to reduce disturbance and minimise risk of pollution

* All excavated spoil material beneficially reused within the project footprint

* Significant volumes of packaging from the solar panels, which were imported from Germany, were baled on-site to efficiently transport the material for onward processing and recycling

* In conjunction with NI Water, GRAHAM organised a competition for local schools, challenging them to “Save Water & Save Energy" for their local treatment plant. The winners were invited to the official opening

For more information on the project, visit:

At the event, we were acknowledged as one of a select group of companies participating in the survey for over 10 years and achieving Gold or Platinum since 2007 (Platinum for the last four years in a row).