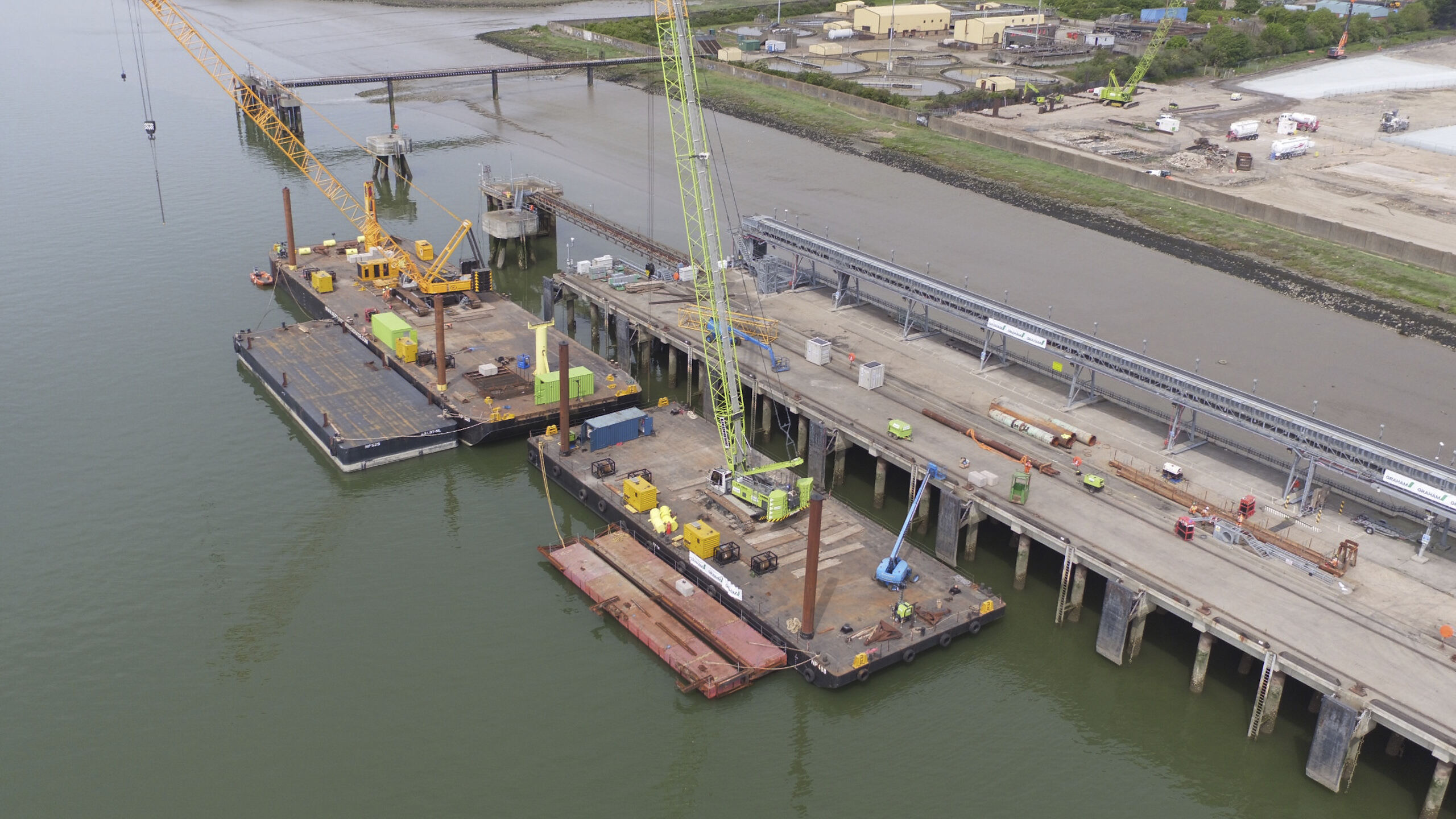 An intrusive investigation has ruled out any potential risk of Unexploded Ordnance (UXO) on the North Bank of the River Thames (London), the location of our Tilbury2 project.

Initially, a magnetometer survey, undertaken by the Port of Tilbury as part of site investigation works, identified nine targets, or anomalies, with the potential to be UXO.

Ahead of our piling and dredging works, these required a more detailed examination, and we commissioned a team of specialised divers to undertake a physical inspection exercise.

Importantly, no trace of UXO was subsequently discovered, although a large metal gas cylinder was unearthed, demonstrating the accuracy of the magnetometer survey.

“Particularly in London, it is imperative that a detailed magnetometer survey is carried out. At times, the findings are fascinating, but from a purely engineering perspective the survey and subsequent investigations have provided us with peace of mind and ensured that construction can safely continue.

“The magnetic detection and digital mapping provide important geotechnical data before the commencement of piling and dredging works, and have helped to eliminate risk from these activities.”

Why was this exercise necessary?

London was heavily bombed during “The Blitz” - a mass German air raid campaign against Britain in 1940 and 1941, involving attacks against industrial targets, infrastructure and heavily populated areas.

The Ministry of Defence (MoD) estimates that around 10% of the bombs dropped over the UK during WWII did not explode.

UXO (e.g. bombs, shells, grenades, and cluster munition) that did not explode when they were deployed still pose a risk of detonation, even many decades after they were used or discarded.

Indeed, in February 2018 a 1,100lb (500kg) bomb was discovered in the River Thames which forced London City Airport to cancel all of its scheduled flights for a short period.

Our Tilbury2 contract involves the creation of a new port terminal and associated facilities on land at the former Tilbury Power Station.

When operational in Spring 2020, Tilbury2 will be the UK’s largest unaccompanied freight ferry port and the country’s biggest construction processing hub. It will also feature a new significantly larger rail head, capable of accommodating freight trains of 775m in length.

Work in progress at Tilbury

We are responsible for twin packages, namely Terrestrial and Marine.

The Terrestrial contract incorporates a Roll-On/Roll-Off (RoRo), highway works, the relocation of the existing railhead, and a fixed structural steel bridge to the linkspan.

The Marine contract includes works within the tidal estuary beyond the existing sea wall/flood defences, a floating pontoon, link-span/articulated bridge, associated pilings and river bed preparation for the berth.