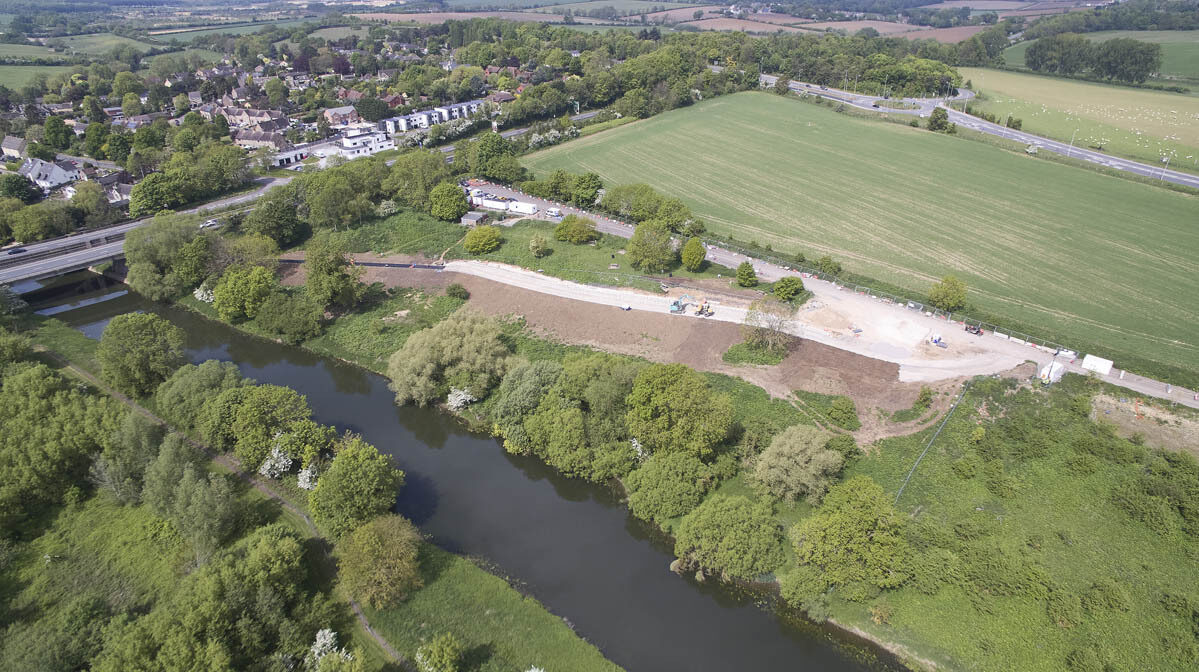 Watch drone footage of the work in progress

Our Highways team has been progressing a new footpath at the A47 Wansford that will form part of a shared-use route running through a popular picnic area in the region.

The A47 Wansford Nene Way Enhancement Scheme will see the closure of the Wansford Picnic Area to public vehicles to deter antisocial behaviour, with an upgrade to an existing shared-use path.

The new path commences at Peterborough Road and runs parallel to the A1, before turning to pass underneath the road’s existing structures. It then proceeds through the picnic area and finishes at a tie-in to the access road that formerly served the picnic area to the east.

As part of the scheme, the team has installed a telescopic bollard at the entrance of the picnic area from the A47 to restrict general public vehicle access. They are also constructing a paved path designed for use by pedestrians and cyclists and alongside this path a grassed verge for use by equestrians.

The enhancement work forms part of Highways England’s A47 Wansford to Sutton dualling scheme and is being delivered by our OD East Collaborative Delivery Framework (CDF) team in the East of England.

Works began in late February and the programme is anticipated to be completed in June.

“It is a pleasure to be delivering this enhancement scheme in Wansford on behalf of Highways England.

“Obviously, with the current COVID-19 situation we are being extremely cautious and adopting safe working practices and social distancing measures throughout the works. We also have several environmental and ecological considerations such as noise and vibration monitoring, a bat license requirement for works underneath the A1 NB & SB River Nene bridge and the removal of some asbestos fly-tipping found on site.

“Some existing utilities will also be redirected by hand by the team due to fibre optic wiring being present under the River Nene bridge. Once complete, the new path and verge will provide convenient access to the picnic area for the public, while also stopping antisocial behaviour and restricting public vehicles which had caused issues in the area previously.”

“We’re looking forward to handing over the final footpath to Highways England soon. The new footpath will be hugely beneficial to the local community in a popular green spot enjoyed by many in the area.”